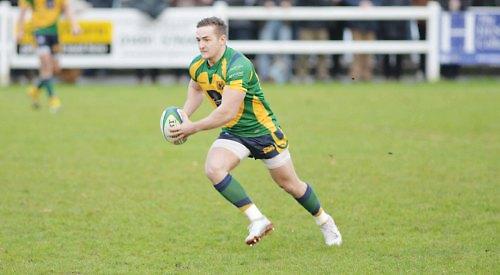 HENLEY HAWKS will be gunning for revenge for their heaviest defeat of the season tomorrow (Saturday) when they entertain Canterbury at Dry Leas in Division 2 South, kick-off 3pm.

The Hawks unexpectedly crashed to a 51-17 defeat at Canterbury at the end of October in a game in which 10 tries were scored.

The Hawks will be fielding a much changed side from that which suffered such a heavy loss with only six players featuring in the side on that day selected for tomorrow’s clash. This is also a changed side from the one that went down to a 39-20 defeat last week at Old Elthamians.

Injury was a factor in the loss last weekend as fly-half James Comben was taken to hospital with a neck injury after just 22 minutes.

Comben suffered no serious ailment and was released from hospital well before midnight. However, he is unable to play tomorrow and as a result Joe Butler will take over at fly-half. Liam O’Neill moves to fullback.

Sam Portland will start his first game since re-joining Henley Hawks on the wing. Portland last played for the club in the season of 2008/09.

The pack is re-shuffled throughout. Tom Emery starts as hooker in place of Stuart Philpott who is on the bench. Dave Clements reverts to his preferred at lock allowing David Hyde to move to flanker which is his first-choice role.

Harry Burn, who has been impressing as a scrum-half for the Bulls since he joined the club from Oxford Harlequins in October, will start as a replacement for the Hawks for the first time.

Canterbury lie comfortably in mid-table in seventh position on 64 points winning 12 of their 21 games and are 23 points ahead of the Hawks having earned 16 bonus points.

The Kent side’s leading try scorer to date is wing Guy Hilton with 17 which included a hat-trick when the sides met earlier in the season.

Last week Canterbury had a narrow 21-17 victory at home against London Irish Wild Geese, scoring three tries in the process, all of which were converted by fly-half Ollie Best.

Elsewhere tomorrow Henley Vikings travel to Marlow 2nds (kick-off 2.30pm). Henley Bulls and Henley Bears are both without a fixture.