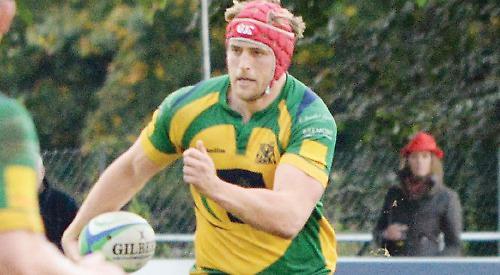 HENLEY HAWKS will be aiming to build on last Saturday’s home win against Canterbury when they entertain Barnes tomorrow (Saturday) for their Division 2 South clash, kick-off 3pm.

This is the rearranged fixture of the game that was frozen off on January 21 and the return fixture of the match played at Barnes back in October which was one of the Hawks’ worst performance of the season when they went down 36-14 conceding five tries in the process.

Director of Rugby Nigel Dudding has been working hard to strengthen the Hawks side in preparation for this game and to avoid slipping into the relegation zone. Loan agreements, which will be in force until the end of the season, have been signed with three players registered with Championship side London Scottish. Two of these will feature in the team selected to play Barnes. Wing Ben Rath takes over from Sam Portland who is not available this week while Connor Hayhow continues at centre.

There are also adjustments in the pack. The front row, who gave an assured performance in the line-outs last week, remains intact. Skipper Dave Clements returns to the second row with David Hyde reverting to number six. Tom Hall, after two weeks away, returns to the bench. In the absence of Tom Bell the reliable Tommy Haynes is at number eight. Scott White comes in to the squad and is on the bench.

Barnes are a side striving hard to avoid relegation as they languish in 14th place in the table, four below the Hawks and nine points adrift.

Despite winning only won four games this season, four fewer than the Hawks, Barnes have earned only nine fewer league points thanks to 15 bonus points including three drawn games. Nine of their bonus points have come from scoring four tries yet they have scored only 423 points in total against 616 by the Hawks. Only Worthing and Barnstaple have scored fewer points.