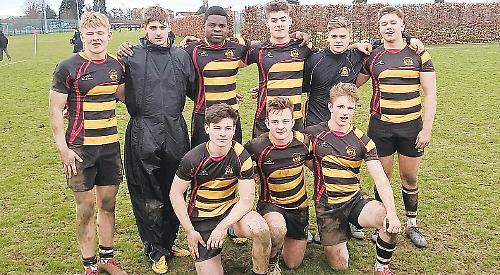 THE Oratory’s first sevens team triumphed in the plate competition at the Oakham Sevens tournament in Leiccestershire on Sunday.

Finishing third in a tough pool which featured the likes of Rugby School and Bromsgrove, the Oratory went into the plate competition.

Despite being down to eight players, the Oratory started to play some good sevens rugby as they found their rhythm. Brushing aside local rivals St Edward's, Oxford, seven tries to two and defeating Denstone four tries to three, before finishing off Ipswich School, five tries to two in the final.

Iwan Macrae, Tom Shaw and Charlie Williams played every minute of all the matches and put in good performances.

Elsewhere at the tournament the Oratory senior colts squad also achieved good results on the day, coming second overall in their group.