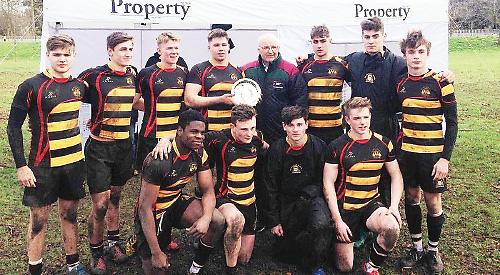 THE Oratory School’s first sevens side had another successful tournament winning the plate competition at Windsor.

The team played some good rugby in tough conditions and looked a real threat with ball in hand-defeating Haileybury by six tries to three in the final. Captain George Probyn led by example and Valentine Chukuwonye, Tom Croisdale and Matthew McDonald were all strong in contact situations and complemented the elusive running of Matteo Matricardi, Tom Shaw, Daniel Anderson Jeffs and Charlie Gibbon. Iwan Macrae was again impressive.