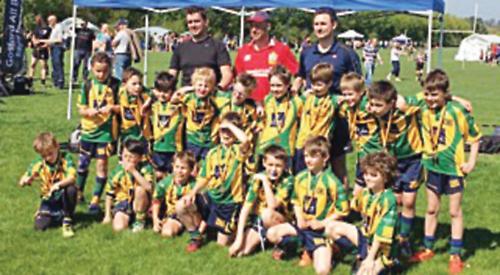 TWO sides from Henley’s U9s — the Hawks and the Harriers — put in good performances at the Oxfordshire Festival held at Wallingford last Sunday.

The Hawks won seven of their eight games, scoring more than 40 tries in the process. The Henley Hawks remained unbeaten all day with good running rugby on show from Seb Phyllis, who led the side, George Bottomley and Will Tavener, supported by strong tackling from Ben Chapman.

The Harriers team, led by Alex Clark, won all but one game which was lost against the run of play to Chinnor.

The Harriers played some good flowing rugby with Will Masterson, Dominic Pusey Arseyd and Charlie Martin particularly strong as the whole side tackled doggedly and were unlucky to miss out by two tries to Chinnor.