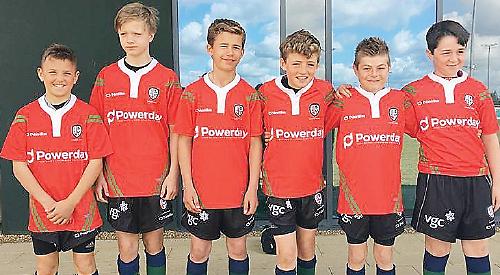 SIX Players from Henley Hawks U12s have been selected to represent a London Irish development team that will travel to Lyon to play against some of the top French clubs next weekend.

The players were selected for the representative team following the London Irish U12 festival that took place in November last year at Dry Leas that was competed for by 30 clubs. Selection was carried out by London Irish and Andy Keast, the former British and Irish Lions assistant coach.