Visitors hold on for victory despite late Abbey surge 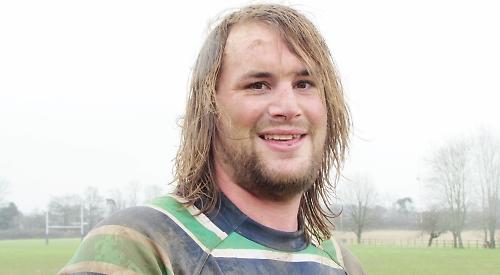 IN a thrilling last 10 minutes, Aylesbury needing to overhaul a deficit, scored twice to Abbey’s once to edge out the hosts in a close, hard fought Wadworth 6X Southern Counties North encounter, with the lead constantly changing.

Abbey’s wayward kicking played a decisive role as Aylesbury’s slick backs gleefully fielded them and made the most of the attacking opportunities handed to them. With an efficient pack, speedy distribution from a talented scrum half and a quick set of backs, Aylesbury were a handful from the start.

Abbey started with two debuts handed to back row man George House and Rob Bryson at outside half, in an otherwise unchanged side. Man for man Abbey matched the visitors, Ollie Charlton out scrummaging his larger opponent and Anthony Deacon in the second always making ground to impress on his second outing.

It was almost 20 minutes before Abbey sustained a flowing movement, centre Luke Burns working well with Gavin Dampies and his centre partner Ben Mitchell who was duly rewarded when he took Abbey’s first try, the extras taken by Rob Bryson.

Although Aylesbury took back the lead with a penalty from fullback Alex Shearer, it was short lived as George House marked his debut not just with a fine game but by taking an excellent try, Bryson again adding the extras.

The lead swung back to Aylesbury five minutes later when second row man Alex Inglis went over with Shearer kicking the two points to put them ahead at the break 15-14. They started the second half as strongly as the first, this time spreading the ball from wing to wing, Connor Gould on the left going over four minutes after the restart. Shearer was off target for the extras, following it up with an off-target penalty goal attempt.

Abbey then went in front, first from an excellent driving maul from which Will Woodward went over, then centre Ben Mitchell crossed the white wash – the extras going begging on both occasions.

With just a four point lead, it was likely that whoever scored next would secure the game. It was Aylesbury who continued the wide running game and following a kicking duel with which they took not just the honours but also with a try from Gould then another from number eight James Woodfall; with Shearer kicking the conversions they went 10 points clear.

Abbey fought back and finished strongly, Will Woodward putting down his second try and Rob Bryson taking the extras to bring them within three points. Abbey looked to force the penalty hoping for the drawing three points, but they ran out of time, having to settle for two losing bonus points.