Ravens downed by new-look Bulls side 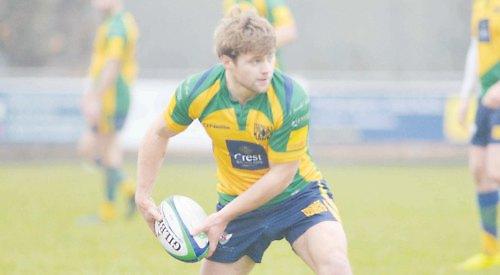 HENLEY Bulls travelled to the Colchester last Saturday with 11 changes to the starting line-up with 18-year-old Iwan McCrae included on the wing for his debut and Guy Wilson returning at lock since his last Bulls appearance in 2016.

A firm surface and little wind made for good playing conditions and four tries in each half ensured the Bulls’ run of form continued. The victory took them back up to third place in the Zoo Shield Division after four matches played.

The hosts have shown signs in recent weeks of being a very good counter-attacking outfit and this again proved true despite the Bulls dominating the contact area with George Primett, Haynes and the ever industrious Scott White leading the carrying. They stayed with three points of the Bulls until half-time with three well worked tries against the pressure of the Bulls forward pack and widening threat.

Sam Quelch, in his less familiar role of fly-half, orchestrated the early play and the Bulls probed the tight defence of the Ravens. This quick tempo, picking and going from scrum-half Harry Burn, led to four tries during the first half from Primett, Wilson, Quelch himself and a one for Burns who continued to demand this testing tempo throughout the game.

With the Ravens in touch at the break it was time for the Bulls to step up another gear and introduce the back division to the attacking strategy with Adam Lubbock bursting through for a solo try. As Lubbock and Tom Gardener at centre became the centre of attention for the Ravens defence they created space for McCrae to slip his marker out wide and show his pace as he sprinted to the line for his debut try.

Haynes continued to act as the driving force providing the go forward from the scrum and Dan Foley and White were in outstanding form in support. The Bulls sapped energy from the young Ravens but not their spirit as they continued to parry attack after attack from the visitors’ wider threat which now included Sam Portland returning from a lengthy injury lay-off.

Quelch pinned the Ravens back with some accurate territorial kicking and with Jake O’Leary’s towering line-out display possession from the set-piece was plentiful. Simon Matthews added to the score-line as he held the ball at the front of a driving maul that went unchallenged by the Ravens pack and crashed over for a further score mid-way through the second half that seemed to break the remaining will of the Ravens until the last phase of possession when they scored a well worked bonus try themselves.