Colts off to winning start thanks to strong defensive line 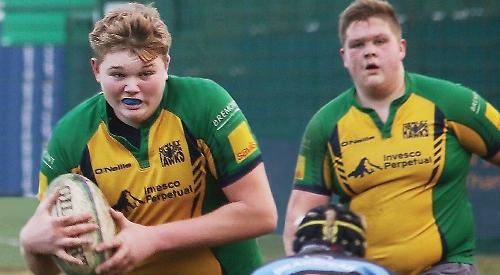 In a promising performance, there were times when Henley looked as if they might run away with the game but Witney came back strongly on every occasion.

Henley scored their opening try after five minutes when a good line movement was finished off well by Callum Brady to make it 5-0.

A few minutes later, Witney made their way into the Henley half where they charged down a kick to score a try and take the lead at 5-7. Towards the end of the first half, centre Rhys Edwards inspired an effective period for Henley as he opened up gaps and masterminded a well-worked try, which was scored by fullback Will Parton.

Moments later, Henley secured possession and quickly off-loaded the ball to James Rhodes who burst through the midfield in a powerful run.

When Rhodes was brought down the ball sped through the hands to the wide-ranging Parton who again finished in style, whilst Jamie Winch converted to give Henley a deserved 17-7 lead at the break.

After the restart, Witney dominated territorially but they were unable to penetrate a defensive structure in which Tom Priestley, Ben Venner and Morgan Zolkwer were prominent. Strong offensive carries by Matt Kernick and Benedict Mazdar helped Henley move out of their half time and time again.

Eventually, a desperate Witney pass was intercepted by Henley centre, Matt Dalrymple, who set off on a 40-metre dash that culminated in a try under the posts converted by Winch to make it 24-7. But again, Witney came back and attacked from all angles and positions in an effort to destabilise Henley’s defensive pattern but Parton, Priestley, Kieran Jeffs and Adam Porter produced superb tackles.

In the end, Witney’s second try was deserved, coming as it did after several phases of stretching the Henley line in order to gain the desired overlap and narrow the gap at 24-12.

It was a hard-fought victory for Henley Colts whose defence and teamwork were outstanding, whilst their quick recycling and repositioning contributed towards all-important try-scoring opportunities.