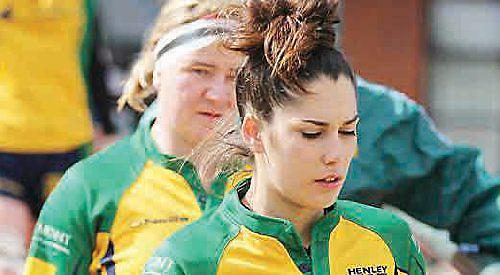 AN Abbey Nuns rugby player who used to play for Henley Hawks Women made history last week when she became the first Berkshire-based woman to represent Ireland.

Annette Tomas, who played for the Hawks during the 2014/15 and 2015/16 seasons, came off the bench to mark her international debut in a Six Nations warm-up friendly against Wales in Caerphilly last weekend, which saw Ireland victorious 27-19.

The full-time teacher had been on the cusp of a debut appearance after being involved in two training camps under new Irish national coach Adam Griggs.

The 26-year-old, who last year debuted for Ireland at a Sevens tournament in Dubai, said: “To be named in a squad of international players who I’ve followed and respected for many years was very surreal.”

Tomas, who was one of the co-founding players of Abbey Nuns where she currently plays, added: “Three weeks of training for selection has been really intense, but I couldn’t have done it without the support of my rugby teammates across Berkshire.”