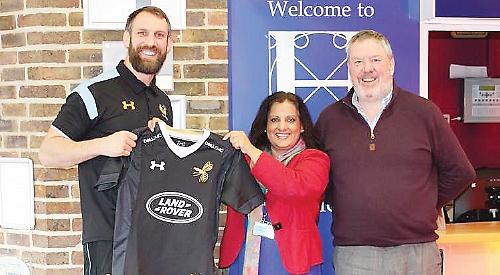 Mrs Deol said: “The Henley College is absolutely thrilled to be in partnership with Wasps Rugby Club and the continued success of our rugby academy.

“With over 100 per cent growth in our academy numbers over the last three years, we are now one of the top-performing academies for 16- to 18-year-olds.”

Mr Unsworth said: “We are pleased to celebrate our successful partnership with one of England’s leading rugby clubs. The college and Wasps rugby programme is one of the best in the UK, producing world-class athletes.”