Hawks out to halt losing streak against strugglers 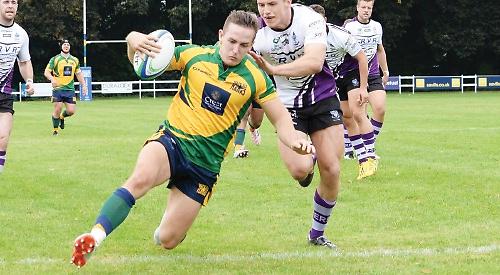 HENLEY HAWKS are searching for their first victory since they defeated Bury St Edmunds on March 11 when they entertain London Irish Wild Geese at Dry Leas tomorrow (Saturday).

It promises to be a warm day in every respect with the Wild Geese fourth from bottom in Division 2 South and fighting hard to avoid relegation.

The Hawks will be hoping to do the double over Irish following their close game against them away earlier in the season, which saw them hold on for a 24-17 win.

The strength of the Wild Geese is in their backs and despite having been unable to get quality possession from their forwards in most encounters, they have two of the leading try scorers in the league.

Their wing/fullback, George Owen, is the leading scorer with 28 supported by Reon Joseph with 18.

Wild Geese have won just eight of their 28 matches to date with a further two to play. Two teams will be relegated and their total of 51 points makes them just 11 points above the bottom side Broadstreet who have 33.

The struggle the Wild Geese have is to stop the two teams immediately above them, Barnstaple and Old Redcliffians, leaving them stranded if Wimbledon, the team below them, win two of their remaining games.

Wild Geese will bring good support for their team to ensure they get an escape from the tremors of relegation and with the club holding its annual Ladies’ Day, it is sure to make for a lively party.

The Hawks are still hoping to finish in the top six in the league but without a win in recent games have had to rely on bonus points to maintain their current position and favourable results of the teams just below them.

The team selected is familiar to that which has played for them in recent games as far as the forwards are concerned but seasoned prop. Dave Manning, a member of the successful RAF team that recently defeated the Army in the Inter Services tournament, is absent.

In contrast the backs have an end--of-season flavour. Regular members Simon Perry, Sam Portland and Connor Hayhow, a regular scorer of tries in recent games, including a brace against Worthing Raiders last week, are not listed and Joe Butler is nominated for the bench this time out.