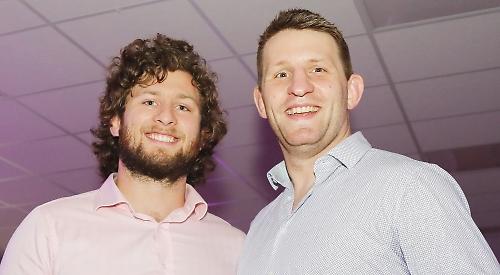 England international Alec Hepburn, a former Hawks player who now plays for Exeter Chiefs, helped hand out the various awards in a season that saw the women's team go from strength to strength as well as successes for the Vultures, Colts and U14s.

There was also a poignant moment when players and guests recognised the contribution to the club of Simon Priestley who died whilst playing for the Bears earlier this year. Priestley was named the Bears player of the season.