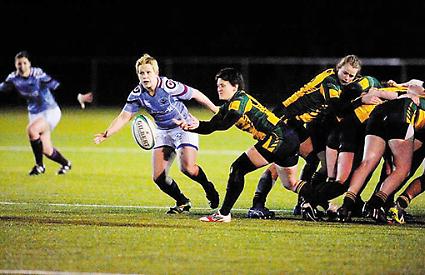 WITH the weather still taking its toll on the main pitch at Dry Leas, the friendly against the RAF women was relocated to Maidenhead’s 4G pitch for last Thursday’s fixture.

The match was seen by Henley as a chance to test some players back from injury and some that have never played before away from the pressure of league and cup rugby.

For the RAF it was an opportunity to test themselves in the build-up to their all-important fixtures against the Navy and Army.

With a number of players still arriving before the kick-off it meant the whole squad was put into action and within a minute Flynn, playing on the wing for the first time, scored under the posts.

The RAF bounced back and their fitness was telling in the first 20 minutes as they brought themselves into the game with a try of their own. Henley were now rolling on subs to try players in positions and for some game time having been away for a while.