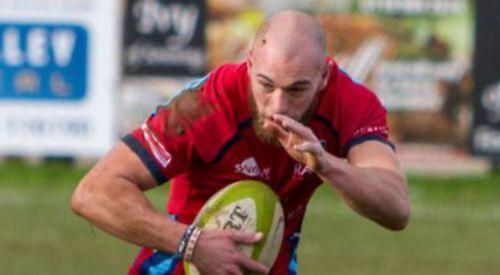 RAMS RFC wing Conor Corrigan is delighted to be back training as the Sonning-based side continue to build towards their second campaign in National League 1, writes Richard Ashton.

Seb Reynolds’ men enjoyed a remarkable debut season in the third tier of English rugby, ultimately finishing runners-up to Richmond after the RFU implemented its best playing record formula to all leagues outside the Gallagher Premiership.

And with Government advice exempting organised team sports from following the newly-introduced ‘Rule of Six’ in its bid to battle the Coronavirus pandemic, Corrigan, who lives in Henley, said: “It’s great to be back doing something near to full training, seeing the boys and stretching the legs out a little bit.

“I took a couple of months off and rested my body up after last season was cut short, but then I got back in the gym and I feel really good and fresh.

“The coaches have been keeping us on our toes with lots of new drills and the strength and conditioning guys have given us loads of exercises that we’re not too keen on, but are needed.

“The defence work is going strong and even just playing touch is keeping everyone’s creativity alive.”

He continued: “We’re hoping for the best in terms of when we can start playing matches, but we’re also just enjoying every training session we can at the moment.

“None of us know what’s going to happen in the future, whether they’ll be a second lockdown, so we’re taking every session as it comes and enjoying it to the fullest.”

Former Henley Hawks man Corrigan was the last NCA Player of the Week after crossing for two tries in his side’s epic 40-38 victory at Cinderford before the 2019/20 season was curtailed, and he looked back with fond memories while also vowing to improve.

He concluded: “There were so many memories to take from our first season in National League 1 — a few very good wins and a few nail-biting wins at the end of a couple of games, especially Rosslyn Park and Chinnor.

“I was really proud of the boys and the effort we put in, and the last game of the season was also really special for me.

“This season I want to tackle better, run better and improve my own game, and as a team we’ve got a very strong bond, so we’ll look to keep going forward from there.”