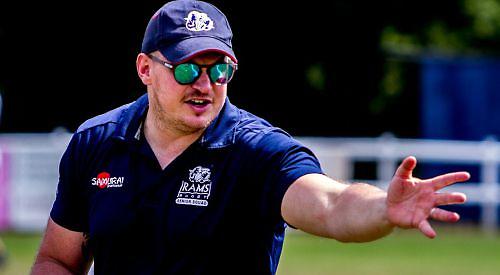 RAMS Director of Rugby, Seb Reynolds, says his side will take the positives despite the announcement the National 1 season will not start until 2021, writes Richard Ashton.

The RFU revealed last month no competitive action outside the top two tiers of English rugby will take place before January due to the ongoing Coronavirus pandemic, and Reynolds revealed the club’s adaptability will now come to the fore.

He said: “What you have to try and do is find the positives in any situation and deal with what’s presented to you. Right now we know we can’t start until at least January, so we ask ‘what can we do to get better as a rugby team?’

“The guys worked incredibly hard through September and now we’ll adjust for a time period just to reduce the intensity in training slightly and put an emphasis on our skills development and keep things ticking over.

“Any team, whether you’re an U6 up to an international rugby player, you should be working on your skills development.”

He continued: “We’re very used to working to timelines and that’s what we’re having to adjust to. Normally we know when we’re going to start pre-season, when the season’s starting, you know who you’re playing, and coaches, managers, administrators and obviously the players in particular have had to adjust to the fact that we just don’t know when anything’s going to get going.

“We’re lucky that we have a playing squad and a team around the squad who have just been so brilliant at adjusting the whole way through. Hopefully when we get the green light we’ll be ready.”

Rams have retained almost all of the squad which finished as runners-up last season, adding the likes of former Oxford University skipper Fergus Taylor, ex-Wasp Josh Grimes and former Chinnor fly-half Sam Nicholls, and Reynolds is delighted with how they have integrated into the set-up.

He admitted: “We’re very cautious with our recruitment. We make sure we’re getting players in who are going to help the squad develop and are good people — that’s really crucial. They’ve played at a really good level and have impressed in training, but they’re very complimentary of the squad they’ve come into and are wondering how they can get into the team!

And while there remains no firm start date for competitive action, Reynolds believes morale is still sky-high in the camp.

He concluded: “In society at the moment, there aren’t many places you can go and see your friends in a large group, so the fact they can come up here on a Tuesday or Thursday, train, see their friends and have a nice chat is so important. We missed that during the lockdown period.”