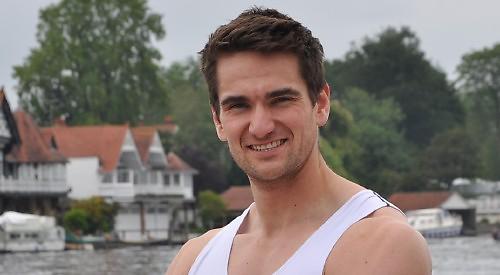 LEANDER’S Rio 2016 Olympian Stewart Innes has called time on his international rowing career following the postponement of this year’s Olympic Games in Tokyo.

After joining the senior GB squad in 2015, Innes had a meteoric rise to success, winning World Cup gold as part of the men’s eight before claiming bronze in the men’s four at the 2015 World Rowing Championships.

After a tough selection battle, one of the highlights of his career then came when he was selected to race the pair at the 2016 Olympic Games alongside Alan Sinclair. Runners-up in both their heat and semi-final, they were firmly in medal contention throughout a well-contested final but were narrowly edged out into fourth place — an impressive achievement on their Olympic debuts.

Innes, who lives in Binfield Heath, said: “The Olympics was an emotional rollercoaster. Coming fourth after having come so far was tough, but our strategy was to go for gold and we gave it our absolute best.

“It was a huge privilege to even be there and everything else was a bonus, really.”

After the Games, Innes was forced to take time out to deal with a recurring injury.

He said: “My greatest achievement has been overcoming this injury to get back to where I was before. All those parts that people don’t see, the hard work behind the scenes, I feel hugely proud of having come through it. I have to give thanks to the special rehab unit at Bisham and to my club Leander who have supported me through my rehab journey.”

Innes made his return to competition at last year’s First Assessment in Boston. He showed just how far he had come when he and Sinclair finished in third place out of the 53 crews trialling.

However, the extra year’s delay to the Games would have proven one too many.

Innes added: “I have pushed my body to its absolute limit. With the Olympics pushed back another year, rowing through the injury simply ceases to be possible.

“My goal now is to move into management consulting. I’ve been really lucky to be part of the PwC leadership scheme thanks to our Performance Lifestyle team, which has given me a great start. I’m also working on developing my motivational speaking company.”

Olympic men’s coach Steve Trapmore paid tribute to Innes, saying: “Stewart has been an incredibly flexible athlete having seen success in both rowing and sculling disciplines. As a senior athlete his focus turned to sweep rowing and his versatility was clear across all boat classes.

“Narrowly missing a podium spot at the 2016 Rio Olympics provided extra incentive for the Tokyo campaign but progress was halted through injury.

“It is testament to his strength of character that he was able to come back stronger than ever and it is unfortunate that postponement of the Games has resulted in his retirement.

“I would like to thank Stewart for all his hard work and wish him all the best for his future endeavours.”