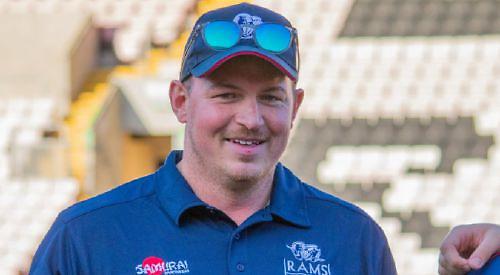 SEB REYNOLDS, the Rams director of rugby, believes his side will be up for the cup as the National Clubs Association try to conjure up a meaningful competitive season.

While the National One season was cancelled last month, there are hopes a National Cup could be launched in January with the initial stages based regionally before a potential showpiece final at Twickenham.

Reynolds said: “We’ve not played in a cup competition for many years — I remember the days of the Berkshire Cup and we always enjoyed playing in that — and if there is some sort of National Cup, that could be really exciting.

“We always like to look at the glass as being half-full and now that we know National One is not returning until next September, the chance to play some sort of competitive rugby with our squad and other clubs would be a welcome addition. “We were one of the clubs who were in favour of a competitive league programme of 15 games. We felt it would have been a bit of a sprint, but it could have been brilliant to watch for four months.

“It would have been a great competition with hopefully a lot of supporters coming up and making it interesting but, with that not being the case, a cup would certainly be welcome.”

The new competition would feature some adaptations, including the possibility of no scrums or mauls in a bid to reduce face-to-face contact, but Reynolds admitted he is just desperate to see some kind of action.

He said: “You can see the adapted rules and how they’ve potentially worked in the women’s game and if clubs are willing to sign up to them then we can hopefully get going.

“I just hope we get some news that when we’re out of lockdown we can move to the next stage of the RFU’s Return to Rugby roadmap and look to play some rugby at the end of January.”

As the nation was plunged into a four-week lockdown on Thursday last week, Reynolds believes the club remains in great shape.

He said: “It has been a long year, but in many ways it has flown by and I think everyone’s of the same feeling that we want to get rugby back — have our minis section playing. When I’ve been watching the sessions on a Sunday morning, the coaches have been absolutely brilliant.

“In the senior squad we’ve had so many people turning up for training. It’s perhaps a combination of limited things you can do in society, but these guys just love turning up, seeing each other, having fun and working hard.

“The one thing we miss is Saturday afternoon with Rams and it would be great to see some games in January.”