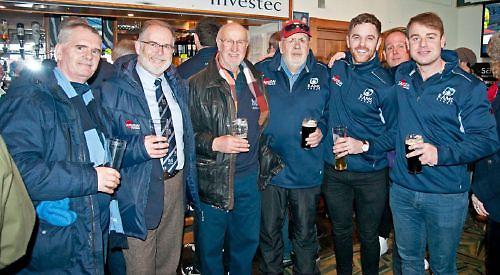 JOHN SHEFFIELD, often known as “Sheff”, passed away peacefully on January 8 after a three-year fight with cancer.

Born and bred in Swindon, Sheff’s football affiliation was always with the Robins, who are currently in League One.

He left his home town after school to train as a pilot with British Airways.

He spent his career with BA and retired as a senior 747 captain. He flew long-haul routes, which gave him the opportunity to play golf around the world.

A long-time resident of Woodley and member of Sonning Golf Club, Sheff first appeared at Rams Rugby club in the late Seventies when his son Ben was introduced to the under-8s.

He was already involved with community service work in the area as a member and chairman of Reading Round Table.

Sheff was married to Gill for more than 50 years and the couple’s daughter Jemma and her family live in Bristol.

In recent years Sheff had become a keen supporter of Rams as a vice-president, following the team to many away games as well as being a regular at Old Bath Road.

He was well-known and well liked in the bar and on the touchline and everyone who knew Sheff spoke of the courageous, positive and self-effacing way he dealt with his illness.