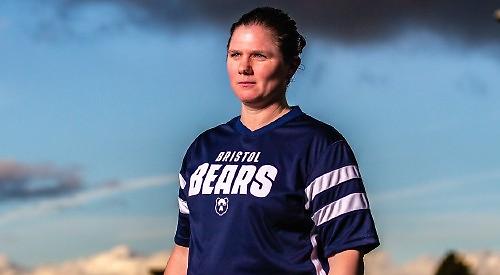 Kat Merchant and Kim Oliver, who have more than 100 caps between them, will run it in conjunction with London rugby club Ealing Trailfinders.

The programme, which starts in September, is aimed at girls currently playing at county or a similarly high level who want to progress to the England under-18 and under-20s squads.

It will provide the same opportunities as the college’s existing boys’ programme, which focuses on performance coaching and strength and conditioning and provides medical support.

Oliver played in two World Cups for England in 2006 and 2010 and picked up 43 caps. She retired from international rugby in 2013 and became head coach of Bristol Bears Women.

She said: “This is a brilliant opportunity to be in at the beginning of what I think will be a great asset to the development of the women’s game. I have known Kat for a long time and we played together so I really look forward to working with her.”

Merchant, who won the World Cup in 2014 and scored 44 tries in 58 appearances for the Red Roses, said: “Kim and I have different styles but our coaching philosophy is very similar. We expect all players, no matter their talent, to work hard to be the best that they can be.

“I’m really looking forward to working together and believe that we will complement each other as we build an athlete-centred, challenging, fun environment that will get the best out of the players that we have access to.

“We both know the challenges of having to end our rugby careers early due to injury and we see the balance of education and rugby as the right mix.”

Principal Satwant Deol has described the new coaches as “outstanding”. She said: “We are one of the few colleges in the country offering such a fantastic opportunity to young female players at a time when women’s rugby is going from strength to strength.

“The appointment of two such outstanding coaches, the continued relationship with Ealing Trailfinders and the newly launched girls’ scholarship fund really sets our programme apart from the rest.”

Students from the college will use the training facilities at Henley Rugby Club as well as the college’s own pitches. For more details and to apply for the girls’ elite rugby programme, email Tom Redfern at tred@henleycol.ac.uk or visit www.henleycol.ac.uk/sport
/elite-sports-programme/girls-elite-rugby-programme/