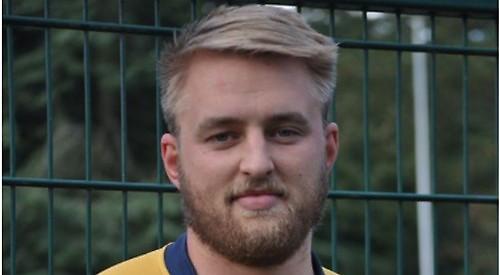 ALL competitive rugby has been paused as the Henley Hawks mourn the loss of a “gentle giant” who died playing in the first game of the season.

He had told teammates that he was “in pain” after the game at Dry Leas finished at about 4.50pm and was taken to the club’s physio room.

Hyde’s condition deteriorated and he was airlifted to the John Radcliffe Hospital in Oxford where he died overnight.

The Hawks were all set to host Hinckley tomorrow (Saturday) in their second match of the season, but this has now been postponed.

All training sessions have also been cancelled but some of the players will get together to play some touch rugby as they help each other come to terms with what has happened.

Tributes have been paid to Hyde, who was known as a big personality both on and off the pitch.

Hawks head coach Luke Allen said: “David was an integral member of the team and a huge personality both as a rugby player and socially.

“He almost came to us a young boy from Witney and he left as a man from Henley. He really forged a career in second row which many clubs would have had given a right arm to have him. It’s such a sad and tragic loss.

“A huge hole has been left in his passing but it’s been fantastic the response we’ve had from fans, colleagues and other rugby clubs.”

Chairman Chris Nixon said: “Dave was a gentle giant, a strong family man, a great friend to many and a much loved and highly respected member of our club. He will be so greatly missed.”

Director of Rugby Nigel Dudding said he wanted to “reiterate” the type of character Mr Hyde was.

He said: “We referred to him as a gentle giant. He was very popular amongst his peers and the spectators that came and saw him every day.

“It’s very sad, he was a family man. We’re just trying to process it now, hence cancelling training. He was just a kind and loving person.”

Old Albanian Rugby Club posted on Twitter: “Deepest condolences from everybody at Woollams to all those at Henley Hawks and the friends and family of David. Rest In Peace David.”

Witney Rugby Club posted a statement on its website which said: “It’s with incredible sadness that we notify you of the tragic loss of former player, Dave Hyde.

“All our love and thoughts are with his wife Katherine, his son Tore, and all his family & friends.”

It will hold a one-minute silence tomorrow (Saturday) as a respect for his time with them and the friendships he made there.