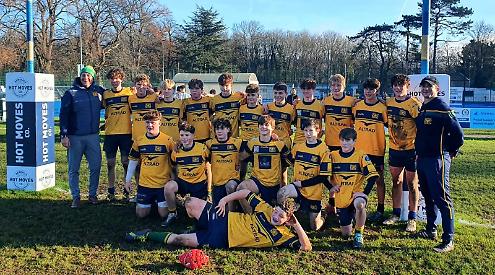 ON-FORM Henley U15s go into their County Cup semi-final against a strong Banbury side at Dry Leas on Sunday after a magnificent season.

They are currently 12 wins from 12 games, scoring 468 points in the process and only conceding 74. This includes three impressive Oxfordshire U15 Cup pool wins against Oxford and Abingdon, Faringdon and Chinnor, completing a double for the season against Chinnor, and not conceding a single point in the process.

After their last pool game against Didcot on Sunday, March 13, they already top the group with maximum bonus points.

Many of the 30-strong squad have played at Henley since U7s. The coaching team is led by Matt Bailey and George Winters, supported by Steve Livesey, Mark Noctor and Ed Horner.