Hawks are second best to Lions as injuries take toll 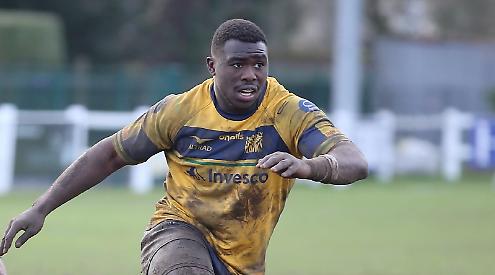 HENLEY HAWKS were well beaten by a Leicester Lions side that produced a display of direct and forceful running last Saturday.

The hosts, unbeaten at home all season, have now stretched their undefeated run in all games to seven. The game was played on a bone-hard surface and for Henley this seemed to compound their injury crisis.

The game got off to a difficult start as Henley lost skipper Jake Albon after only five minutes to a calf injury which meant a hasty reshuffle in the pack with Marcus Lowe moving into an unaccustomed role in the second row. This seemed to knock Henley’s confidence and they conceded a try wide out as the Leicester winger drove hard for the corner.

This seemed to spur Henley into action and a number of promising attacks was held up over the line or Leicester were able to relieve pressure through Henley mistakes. Some penetrating runs from Tom Hall and Alex Bradley were repelled and the area of the breakdown was dominated by Leicester.

It was not long before the constant threat from the Leicester fly-half was going to pay further dividends as a well-constructed try was scored on the 20-minute mark which again went unconverted.

There then followed a period of stalemate as both sides were trying to produce openings but resolute defences on both sides ensured a big midfield battle. However, it was always the hosts that looked the more dangerous with ball in hand and they were quicker to react at the breakdowns.

Further injuries hampered the Henley side and young college student Finn Glass had to replace Rory Mason in the scrum at half-time. In addition, centre Terence Barbarinsa took a knock to the ankle which curtailed his game and was replaced by Sam Allen. Unfortunately, Allen took a nasty blow to the head whilst gathering a high ball and had to be replaced mid-way through the second half.

All of these injuries meant that Henley were always playing with their backs to the wall in the second half and Leicester were able to add a further three tries to the score line as Henley faded.

With 20 minutes to go Henley got the breakthrough they deserved as a series of drives and quick recycled ball enabled the buoyant Samson Adejimi to crash over in the corner. Guy Rawsthorn was unsuccessful with the conversion from the touch line.

Henley never gave up and battled to the end despite several players carrying further knocks. From one such break on the halfway line Alex Harmes showed a real turn of pace to outmanoeuvre the opposition and score under the posts to reduce the deficit a little.

This was always going to be a tough assignment against a very proficient and well-drilled Leicester side who have found a rich vein of form lately and therefore became the first side to do the double over Henley this season.

The aim now is to finish the season in style and be able to take a well-earned break for what has been a difficult season. Most encouragingly the spirit has never dampened and the effort and desire remains high.