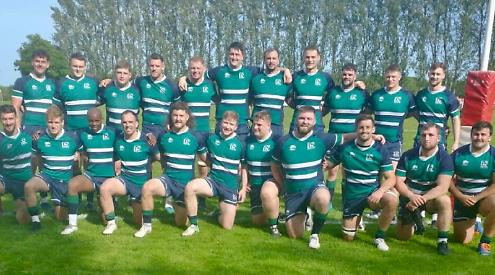 VISITORS Berkshire beat Sussex 22-12 to secure a spot in the Division 3 final of the Bill Beaumont County Championship on Saturday.

Having defeated Middlesex 37-21 in their opening Pool 2 game, Berkshire knew victory at Crowborough would secure a spot in the title game, and they made a perfect start as number eight Ross Crame crossed for the opening score, fly-half Louis Ellis adding the extras. Sussex were no pushovers and levelled matters before the interval as Joe Spurgeon touched down before Toby Simpson slotted the conversion.

An Ellis penalty early in the second period nudged Berkshire back in front, before Spencer Hayhow came off the bench to grab his side’s second try.

Ellis knocked over the kick before the hosts reduced the arrears to just five points, only for Alex Manhardt to grab a second try in as many games with a fine finish on the wing.

Berkshire’s reward for winning their pool is a showdown with neighbours Oxfordshire at Richmond on Saturday, June 4 (12.15pm).