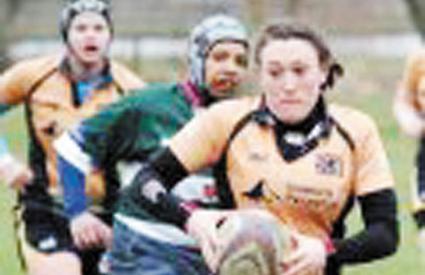 Amy Atkinson ran in seven tries as Henley moved 22 points clear at the top of the table with three matches of the season remaining.

Reading had recently strung a good series of wins together and would have been confident going in to face the league leaders but that was short lived as Henley resumed the form shown in their previous match.

With only five minutes gone Henley’s intent to run was evident as Atkinson broke through to score under the posts to make the conversion simple. Minutes later it was Hearn who finished off a sweeping move to stretch over.

Fine overloads and support, a key factor throughout the day, allowed Lester to burst through for her first of the season.