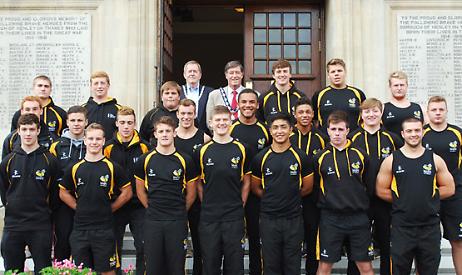 LONDON Wasps move from High Wycombe to Coventry will not affect the rugby academy programme at The Henley College.

Coach Martin Unsworth confirmed that the Achieving Academic and Sporting Excellence programme, which has 34 players, would continue as the students are aligned to counties rather than clubs.

Wasps will start playing matches at the Ricoh Arena in December after buying a 50 per cent stake in the stadium from Coventry City Council. The ground, which is also home to Coventry City FC, will be jointly owned by the rugby club and the Alan Higgs Trust.

Mr Unsworth said: Ive been asked by a lot of people what effect it will have on the academy but it wont change for the foreseeable future.

The training ground for Wasps is still in London, it just happens they will be playing their home games in Coventry.

To be honest, I think the move is a bit daft. I understand they want a ground and security of tenure but some old players like Lawrence Dallaglio are mortified.

Mr Unsworth doesnt think fans from the Henley area will follow Wasps to Coventry but will switch their allegiance to clubs which are nearer.

He said: I used to go to Loftus Road when Wasps played there and even when they moved to High Wycombe they were still a West London team.

How sensible is it to come away from those roots and move into the territory of Northampton Saints, Leicester Tigers and Worcester Warriors? When Henley Hawks discussed moving to the Kassam Stadium in Oxford some people said they wouldnt be prepared to travel 20 minutes up the road to watch them, so who is going to go to Coventry? You would rather go to London Welsh in Oxford or London Irish in Reading.

Originally a London club, Wasps have played their home games at Adams Park for the last 12 years. Fans in the Henley area now face a three-and-a-half hour round trip to Coventry.

Season ticket holder Chris Palles, 69, of Bayliss Road, Wargrave, said: Im gutted. I understand the decision and wish them well but its like losing a relative. Ill still try to go occasionally but it wont be every weekend.

Chief executive Nick Eastwood said: We know we wont be able to take everyone with us but from what weve heard there are a lot of passionate, once a Wasp, always a Wasp fans. 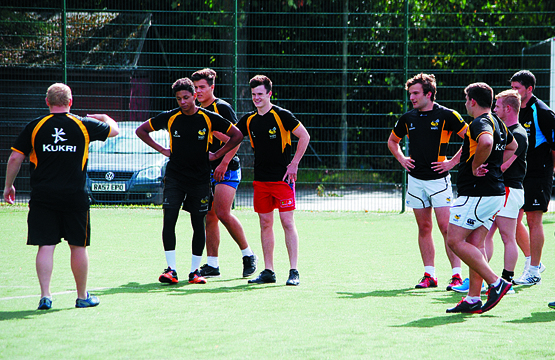