Hawks in slow lane as they are outplayed at Canterbury 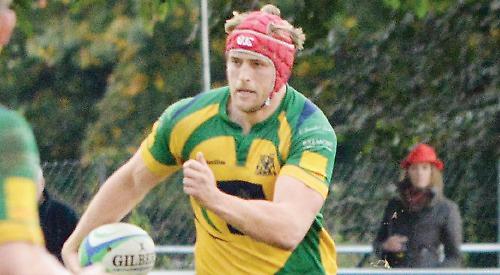 HENLEY HAWKS’ poor form continued on Saturday as they were outplayed in almost every aspect of the game at Canterbury, conceding seven tries to which they countered with three.

Their problems before the game began when they were held up by an accident on the M25 which meant they were three-and-a-half hours on the road and this was compounded by a hamstring injury being suffered by wing Xavier Andre in the warm-up before kick-off.

After the kick-off it appeared that the Hawks were still on the M25 for they fumbled Canterbury’s kick which was seized upon by scrum-half Ben Smart who ran through an unprepared Hawks defence to touch down for fly-half Ollie Best to convert after just one minute.

Worse was to follow as the Hawks immediately conceded a penalty close to the posts to give the hosts a lead of 10 points after just three minutes.

Canterbury continued to control possession and combined well at pace with secure handling and evasive foot work which the Hawks defence could not contain as they slipped tackles almost at will and this resulted in a second converted try for Smart to give his side a 17-0 lead after eight minutes.

It was at this juncture that the Hawks commanded the ball for the first time and had their best period of the game. This promised better times for them when fullback Tom Parton used his pace to take an attack into the home half for the first time and he drew their defence to make space and to send wing Cameron Ives clear who ran in a try from 40 metres which made the score 17-5.

Throughout the game Canterbury retained possession relentlessly but when they failed to do so Hawks’ number eight David Hyde swept up a loose ball to stride away, brushing off a despairing tackle to touch down after a searing run of 40 metres to reduce the arrears to 17-12 after 16 minutes.

The hosts then added a further two converted tries in the next 24 minutes whereas the Hawks found it difficult to maintain possession being turned over in the tackle or by inaccurate passing with wide passes being thrown into touch.

Canterbury continued to find cohesion in their running and passing at pace which the visitors’ defence was not secure enough in the tackle to contain. The departure of flanker Tom Hall with injury as early as six minutes into the game did not help in this regard.

Fullback Aden Moss took a well timed inside pass to run in a try after 19 minutes and wing Guy Hilton after 27, both of which were converted by Best to make the score 31-12 at half-time.

Canterbury lock Glynn Edwards suffered a neck injury early in the second half but this did not hamper their overall control of the game.

After 57 minutes fly-half Best, who had organised the effective running of his back division, decided to add to his growing points total by bursting through the Hawks 22 to touch down under the posts making the score 38-12 after 58 minutes. They next created room for wing Guy Hilton to run in the second of a hat-trick of tries.

The Hawks then came much more into the game and began to put pressure on the home defence. With their attempts to break through using their backs apart from decisive running by Simon Perry they switched to trying to cross the Canterbury line by driving mauls but they were also frustrated in these attempts. They did get their reward when a cross kick to the corner was followed up by their most effective forward number eight Hyde to touch down to make the score 43-17. The home side were determined to have the last word with a penalty by Best and on 80 minutes the hat-trick score by Hilton who collected a Henley Hawks clearance kick over the head of Ives who raced 70 metres to make the final score 51-17.