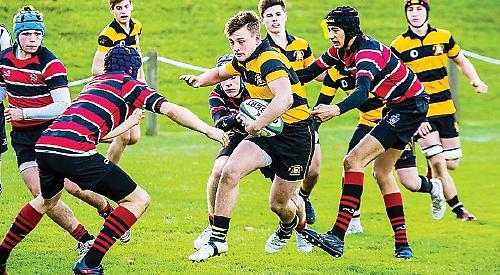 THE Woodcote-based Oratory School continued their good form with a 34-0 win against rival Oratorians, the London Oratory.

Following an early Josh Bisdee penalty, an individual try from Harry Derbyshire was the standout moment of an entertaining first half, which saw the athletic centre touch down again before the break to give the hosts a comfortable 17-0 lead.

The Oratory continued to play well after half-time and clearly backed their fast paced offloading game which looked impressive in parts. Scrum half Charlie Williams scored twice to take his season tally to nine and Iwan Macrae finished off a flowing move after good work from the back row forward Matthew McDonald.

Captain of rugby George Probyn, a member of Wasps U18 Premiership academy side and England U18 training squad, said: “It was a great to be back playing after the half-term break and we are looking forward to the remaining games. We want to try and play expansive rugby so it is nice when it pays off.”