Shiplake youngsters shine under the lights 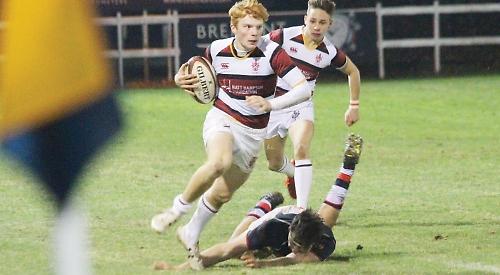 Shiplake U12s got the evening under way by playing local rivals Gillotts. Tackling kept the Henley school at bay before Finlay Woods scored the first try of the game for Shiplake. Further tries were added by Flynn Wilson and Charlie Moss while Woods scored his second of the match to help his side to victory. The U13A team also took on Gillotts in a match that saw the Henley school run out winners.

Shiplake College’s 1st XV went down to a 23-12 defeat against King’s College School, Wimbledon. In a well-matched game the Shiplake side, led by captain Finn Arbuckle, fought valiantly despite the scoreline with notable performances from Joe Booth, Harvey Hendry, Joe Tucker, Finn Arbuckle and Joachim Ridley-Barker.