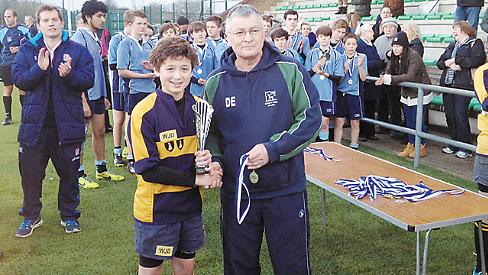 Blue Coat then turned the screw in the forwards and pressed close repeatedly before Alex McEwan, who again put in a man-of-the-match effort, forced his way over.

Soon after a skipping run through a few tackles put Matt Herbert in the clear for his side’s fourth try. Captain Will Dexter kicked the conversion for a 22-0 lead.