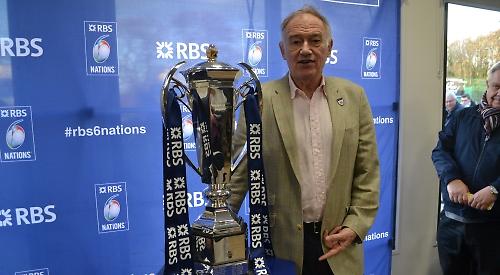 THE Six Nations trophy was on display at Henley Rugby Club on Saturday.

The trophy, won by England in March, was on show at the clubhouse ahead of Henley Hawks’ game against London Irish Wild Geese.

Dozens of spectators queued up to get a picture with the trophy, which was flanked by two security guards, while there was also a charity collection.