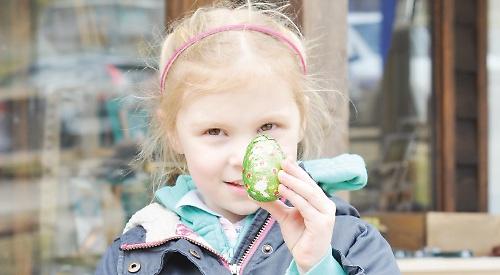 There were 12 clues which were to be found on large paper eggs located throughout the grounds.

The clues spelt out the words “chocolate eggs”.

Once the children had collected all the clues they were able to pick up a chocolate egg.

A school spokeswoman said: “The hunt was a huge success. There was an easy hunt for the little ones and a slightly harder one for the older children. We had a nice sunny afternoon for it.”