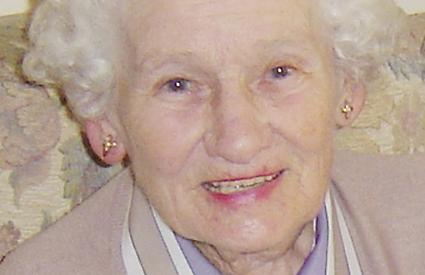 A NEW classroom at a Henley school has been named after a former dinner lady who died last year.

Margaret Keane was a kitchen assistant and playground supervisor at Sacred Heart School from 1964 to 1989 and continued to visit the Catholic primary in Greys Hill until her death in February last year, aged 93.

When her family and friends made donations to the school in her memory, it was decided to name the larger of two new classrooms “Margaret’s Room” as a tribute.

The new single-storey timber outbuilding, called The Lodge, will be used as a classroom and as a quiet space for meetings and one-to-one tuition.

Members of Mrs Keane’s family attended the official opening ceremony together with the schoolchildren, staff, parents and governors as well as Swiss financier Urs Schwazenbach who contributed towards the £46,000 building.