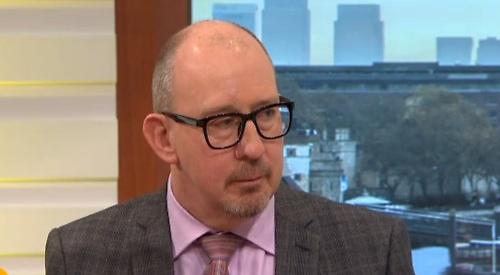 AS the headmaster of Shiplake College, Gregg Davies is used to be being in the spotlight.

But he particularly enjoyed being invited on to ITV’s Good Morning Britain show with Piers Morgan and Susanna Reid last week to discuss the school’s ban on mobile phones —  a story first reported in the Henley Standard in January.

Mr Davies said: “I found the whole experience very slick. The crew were very professional and I was highly impressed with the attention to detail that was given to looking after me.

“Upon arrival, the whole process was a very smooth operation. It took about 10 minutes from being called out of the green room to moving to make-up and being mic’d up to being on the sofa live, which left little time for nerves!

“I didn’t really speak to Piers and Susanna off-camera. However, during the debate I did find it interesting to see how their role as parents, not presenters, came through and I’m really pleased they both agreed with my viewpoint!”