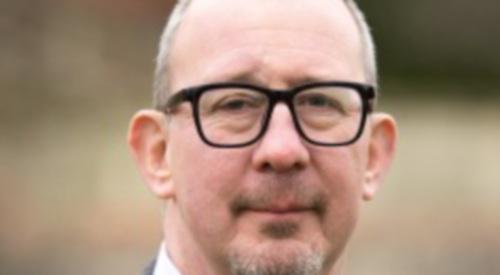 THE headmaster of Shiplake College will retire next year after 15 years in charge.

He said: “At the end of June 2019, I will begin my jubilación. For those of you who don’t speak Spanish, the rather dull English interpretation of that is ‘retirement’. I have had many, many brilliant times at Shiplake, and it has been such a heart-wrenching decision to make, but Alison and I feel that we would like to begin our jubilación whilst we are still young and able to do all the things we haven’t had the time or opportunity to do to date!

“The school has come a long way since I joined the college in 2004. Not least there is a marked difference in size – both physically and in pupil numbers.

“I have often said that schools work in five-year cycles and I have chosen to move on after 15. I believe the college is in a position where it is ready for a different type of leader, but my hope is that Shiplake stays true to its inclusive ethos.

“My list of proud moments goes on and on but one that sticks most in my mind was when the reporting inspector told me in March 2015 we had received excellent across the board.

“I am proud of our academic value-added, our rowing successes and improvements in music and drama, the rise in the number of girls, our extensive cocurricular programme, that all members of staff are part of the same team and that what we have created has remained ever true to the college’s ethos – being a friendly, all-ability, genuinely holistic school, with innovative views on educating young people.

“I don’t wish to look ahead 12 months too much right now, but I know that I will miss the camaraderie with the pupils and colleagues, morning dog walks along the Thames, shouting at the 1st VIII, my study, the partnership with the church… and the food!

“To answer what I am sure will be asked a lot – I have no idea what I’m going to do! We may stay in the area or move to Yorkshire. One of the reasons I have recently gained my rowing umpiring qualification is so that I have a good reason to pop back and watch Shiplake crews, and I will definitely have time to do more carpentry.

“I would like to thank the staff and governors, past and present, for their hard work and dedication to the school, and to the hundreds of boys and girls who have passed through it during my tenure. Thank you also to the parents for all the support you have given me and the college over the years.

“I have no doubt that the Shiplake governors will take great care and pride in finding the right person to take Shiplake forward from September 2019. But until they do, I am here, at the helm, and relishing the opportunity I have ahead of me in my final year as headmaster of Shiplake College. It is a great honour that I get to share my final year with the celebrations of the college’s 60th anniversary, during which we will see the construction, and perhaps opening, of the sixth form centre and the boathouse and multi-activity centre.”

Chairman of governors Tim Eggar added: “Gregg has overseen a huge amount of change and development as headmaster of Shiplake College during the last 14 years. This is evidenced by the number of new buildings such as Gilson House and the John Turner Building.

“Pupil numbers have risen sharply in all year groups and the lower school was introduced. This is coupled with a substantial increase in the academic ambitions of the college, with a focus on pupil outcomes and preparing those pupils to enter the next stage of their lives as all-rounded and personable young adults. I am sure you will join me in ensuring that next year - our 60th anniversary year - will be Gregg and the school’s best ever year. We all owe that to Gregg and Alison.”