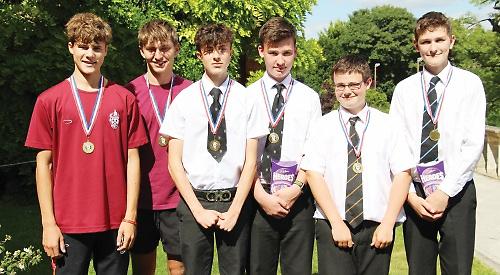 BOYS from Shiplake College recorded the highest ever score by an all-male team in a Thinkers in Education challenge as part of the college’s enrichment week.

The challenge, in which students have to work in Crime Scene Investigation teams and solve a fictional crime, has been taken up by more than 20,000 pupils in schools nationwide since 2008.

This year, the teams had to investigate a mysterious death and use DNA electrophoresis, fingerprinting and blood typing to process evidence and reach a conclusion.

As forensic scientists, pupils had to process the evidence accurately in order to earn points. They then had to scrutinise suspects and crime scene photos in the search for clues before evaluating their evidence, determining its relevance and reaching a conclusion before facing the pressure of the courtroom.

If the pupils made a mistake the “murderer” walked free.