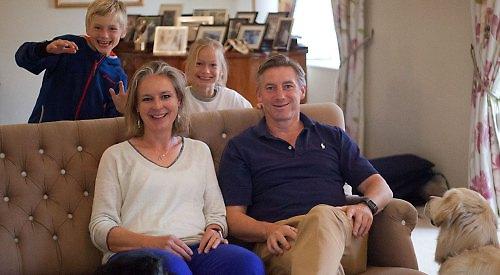 A FORMER professional rugby player has been appointed headmaster of Shiplake College.

Tyrone Howe will take over from Gregg Davies, who will step down at the end of this academic year after 15 years at the independent school.

Mr Howe, 47, played rugby for Ulster and 14 times for Ireland and was a member of the British and Irish Lions squad that toured Australia in 2001. He also represented the Barbarians.

He moves to Shiplake from Uppingham School in Rutland, where where he has been housemaster for the last seven years.

He was educated at Banbridge Academy in Northern Ireland and holds a master’s degree in German and international relations from St Andrew’s University and a master of studies in European literature from Oxford University.

Mr Howe started his teaching career at Marlborough College before leaving to play rugby professionally. Following his retirement from the game, he spent five years in industry before returning to education.

In addition to his housemaster duties at Uppingham, he teaches politics, languages and business and has coached rugby at all levels of the school, including the first XV.

Mr Howe has been a regular part of Sky Sports’ rugby coverage as a commentator and analyst.

In wider educational roles, he has spoken at conferences and served on the board that works with eight academy schools in Northamptonshire.

Mr Howe and his wife Alex, who is also a teacher at Uppingham, have 10-year-old twins, Hugo and Georgia, and two dogs. He enjoys reading, music and sport and is particularly interest in sports psychology.

In a statement, the college said: “This is a hugely exciting time for Shiplake College and we are confident that Mr Howe is absolutely the right person to take the school yet further forward. He has remarked how he felt a real positivity about the school’s ethos and a tangible sense of community among those whom he met.”

He said one of his proudest moments was the college receiving an “excellent” rating in all areas from the Independent Schools Inspectorate in 2015.