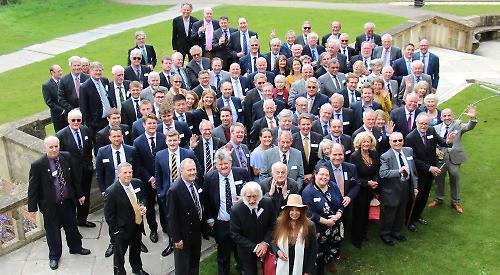 MORE than 100 former pupils and staff of Shiplake College returned to celebrate the school’s diamond anniversary at a special lunch.

Welcome drinks were served in the Old Viking Room, which was followed by a three-course meal in the Great Hall.

Guests were welcomed back by Hans Well-Furby, president of the Old Viking Society, and there were toasts proposed by society chairman Ben Fitzwilliams and one of the college’s first pupils, Mike Shingler.

Current headmaster, Gregg Davies gave a speech in which he told how the college had progressed in 60 years but its ethos had remained the same.

Visitors were given the opportunity to take a tour of the grounds and buildings before meeting back for coffee and further reminiscing.

Alumni and events officer Catherine Brazil, who organised the lunch, said: “It was an absolute pleasure to welcome back so many former pupils and staff to celebrate such a milestone in our history.

“There really was a sense of celebration as we looked back at what the college has achieved in 60 years. The fact that so many people that make up our history were in attendance made it all the more special.”