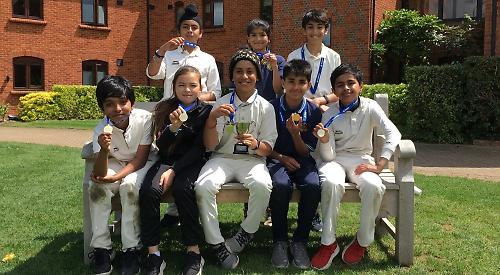 The morning featured a round robin series of matches with teams qualifying for a knock-out match later on.

All the matches were played in tremendous spirit with everyone having a chance to bat and bowl in a pairs format.

In the overall final game, Churchend defeated Emmer Green by 168 runs to 68.

Chris Ellison, head coach at the college, said: “Thanks to the wonderful grounds staff, parents, teaching staff, students and Invesco for their continued support of this event.

“It was a difficult week weather-wise but the tremendous effort from all involved ensured many boys and girls had the opportunity to take part and make the most of a really enjoyable morning.”