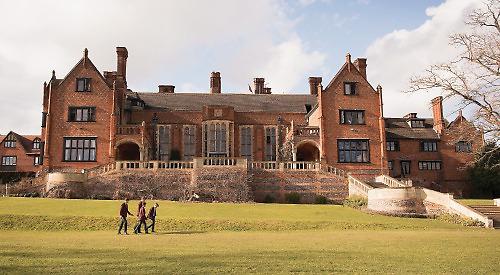 PLANS to turn farmland near Shiplake into school sports pitches have been approved despite opposition by residents.

Shiplake College was granted planning permission to create six pitches on 23 acres of land off the A4155 at Shiplake Farm, which is owned by the Phillimore Estate.

The decision was made by South Oxfordshire District Council’s planning committee by five votes to three at a meeting on Wednesday last week.

The plans were opposed by Shiplake Parish Council and farmer Stephen Doble, whose family has farmed the land for more than 115 years.

Residents arrived at the meeting at Didcot civic hall with placards reading “Save our field” and Mr Doble and David Pheasant, vice-chairman of the parish council, spoke against the application.

Mr Doble said: “The loss of 23 acres of arable land would significantly reduce my family’s income. The countryside is highly valued and that is what we are trying to protect.”

He refuted a suggestion by planning officers that the existing pitches could be restored to farmland to offset the loss of the fields, saying there was a considerable difference in quality.

Councillor Pheasant said the parish council had always had a positive relationship with the college but felt this application presented more harm than benefit to the village.

He added: “Our residents are overwhelmingly opposed to this development.

“Over the last two years, they have seen their village assaulted by unwanted developments which are set to transform a rural community into a suburb.

“Shiplake College sits at the heart of our community. We are hugely proud of it and we have been the first to support it in its ambition to become a top educational establishment.

“This will take valuable farmland away from Shiplake Farm and will put the family’s livelihood at risk. Too much of our farmland is being lost and rugby pitches are no substitute. Building six new rugby pitches will add to the already impressive sporting facilities but they will do so at the expense of lasting damage to agricultural production and a family business, which has been at the heart of the community for more than 100 years.”

The college has spent years searching for an alternative to its current pitches as they are near the river and often flood after rain, meaning they can’t be used.

Neil Boddington, a planning consultant representing the independent school, said it had looked at other sites but none was deemed to be satisfactory.

He added: “Many people have said the farm will go out of business but you have not seen any evidence to support this claim. It is not a planning consideration anyway.”

Henley councillor Lorraine Hillier proposed a motion to reject the application on the grounds of harm to the character and appearance of the rural setting.

This was supported by Councillor George Levy but other committee members disagreed.

Councillor Alexandrine Kantor said it was a “very difficult decision” but refusing permission risked a successful appeal. She added: “Sometimes this committee is very frustrating. If we refuse it now it will go ahead — maybe not now but at some point in the future. I don’t think we can defend an appeal.”

Councillor Ken Arlett, the Mayor of Henley, voted in favour of the application.

He said: “Because the college has become so successful, they need better pitches to play on.”

After the meeting, Mr Doble said he was “deeply disappointed”.

He added: “I hope the college takes note of local opinion and I would be happy to work with them in the future.”

“The ability to provide a full and robust sports and co-curricular programme for all our pupils is of huge importance,” he said. “Having suitable pitches for training and matches helps achieve this.

“The relationship with the local community is extremely important to me. We are very mindful of the feelings of Stephen Doble and some of the local residents and are fully committed to working with them and the parish council to address and allay their concerns.”