Boys learn how to make music from DJs 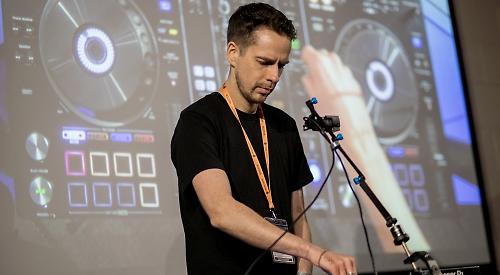 LOWER school boys at Shiplake College were treated to a special workshop with DJ MatMan from Future DJs, whose mission is to breathe new life into music education.

The school is one of a growing number which offers DJ lessons as part of its peripatetic repertoire, encouraging pupils to find their love of producing music through the songs they listen to every day.

A DJ tutor visits the school every week and pupils can have lessons on their own or in pairs.

During the workshop in the lecture theatre DJ MatMan, who has performed sets at Glastonbury, worked his magic on the decks, while fellow DJ Reuben Wachs talked through the various effects he was using.

There was lots of audience participation with the year 7 boys performing the “Crabby” dance in their seats. Three lucky boys were able to have a go on the decks.

Reuben said: “There’s a real disconnect between children loving music but not being involved in making it. DJing allows pupils to start making music straight away and they can even take their GCSE music performance using the decks.

“It boosts confidence and helps with focus and problem solving and it is lots of fun.”

Paul Jones, deputy head (academic) said: “We look forward to seeing our DJ students perform in our regular lunchtime concerts and headlining at our summer festival on June 18.”

Pictured are year 7 pupil George Paish with Reuben Wachs on the decks and DJ MatMan.