Children dress up and perform at Victorian-themed fayre 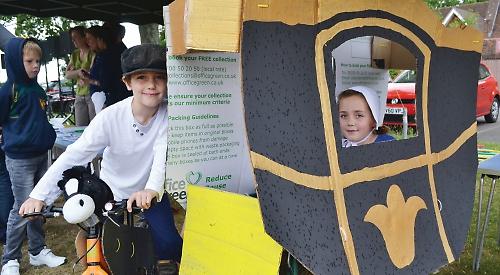 The event at Shiplake memorial field had a Victorian theme and children dressed up in period clothing for a fancy dress competition.

Other attractions included a “wacky wheels” parade where children moved around the show ring while riding “Victorian” vehicles and a “hounds of the Baskervilles” dog show.

There was also a performance by students from Stageworks, children’s fun races, tug of war, stalls and games. Members of the primary school’s parent, teacher and friends association were selling second-hand uniforms.

The fete raised about £5,000 for equipment for the primary and the nursery.

Elaine Waugh, co-chairwoman of the association, said: “It was a really good event and we had a fantastic day. We were lucky with the weather and we had a very big turnout. I loved the wacky wheels, which was won by Adam and Ella Hanley with their fantastic horse and carriage.

“The kids’ races were terrific fun and the tug of war was very competitive.

“The event is for the kids and it’s great to see them running round the field playing games with their friends and enjoying themselves.”