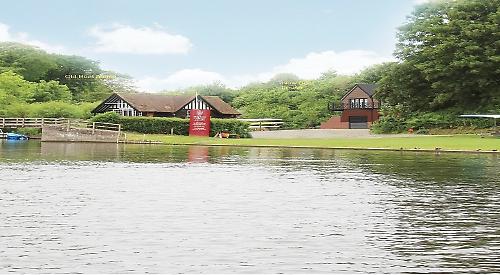 A £1 MILLION boathouse and activities centre is set to be built at Shiplake College.

The independent school wants to build on its reputation for rowing with a centre of excellence equipped with up to 24 ergos as well as an indoor rifle range and climbing wall.

It is hoped the new building will be completed by summer 2019.

Last year the college’s first eight won the Schools Head, secured bronze at the National Schools Regatta and made it to the semi-finals of the Princess Elizabeth Challenge Cup at Henley Royal Regatta for the first time in 27 years.

The Shiplake boat club is currently based in a series of sheds that have been developed piecemeal over the years.

These are also used for activities such as the school’s Combined Cadet Force and the Duke of Edinburgh’s Award scheme and there is an open air rifle and archery range and stores for canoes, mountain bikes and camping equipment.

Headmaster Gregg Davies said: “Shiplake has got this phenomenal following in terms of rowing, both locally and nationally.

“If there’s an area where the facilities don’t match our performance, it’s in rowing.

“We have got absolutely fantastic coaches now and we have got the structure in place, so we can begin to look at the buildings.

“It has been a long time coming but I needed to get the people in place before I even thought about the building.

“What you’re looking at is making a difference at the elite level. We have been breaking through at the elite level in schools’ rowing for the last four or five years and we want to keep doing that.” Mr Davies said there were currently three wooden sheds at the riverside site as well as a large garden shed used to store the boats.

“It’s literally falling down, one of the sheds anyway,” he said.

The new two-storey building has been designed by award-winning architects Nichols Brown Webber, of Northend.

“We have been able to get some changing and toilet facilities in there, a very large ergo room and sensible storage.

“We’ll be able to move the ergos into storage and that room will become a function suite. There will also be a separate fitness room on the first floor for weights and cardio-
vascular equipment.

“If you are on the first floor you will overlook the climbing wall. This is a three-dimensional arena — it’s not massive but there will be an overhang in there with buttresses.

“This area can be flooded if the river comes that high.”

The school is to hold a fund-raising dinner called “It’s More Than a Boathouse” for current and former parents, staff and friends of the college on March 17 (7pm).

For more information and to buy tickets, visit www.shiplake.org.uk/
media/calendar/event/14742261/the-it-s-more-than-a-boathouse-dinner