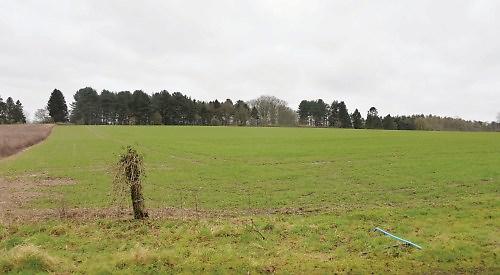 A FARMER is opposing plans to turn some of his land into school playing fields.

Shiplake College wants to convert a 19-acre arable field on the opposite side of the A4155 from Shiplake Farm into six sports pitches.

But farmer Stephen Doble, who rents the land from the Phillimore Estate, says this would have a detrimental effect on the landscape, wildlife and neighbours.

The independent school has chosen the site after its original choice of 13 acres of farmland along Memorial Avenue, also owned by Lord Phillimore, was opposed by residents who complained about the additional noise, risk to road safety and loss of open landscape.

The new site has no immediate neighbours and would mean that pupils didn’t have to cross the busy road to reach it.

The school’s existing rugby pitches, which are also on land owned by the estate, are in a poor condition because they are by the River Thames and unplayable for about a quarter of the season due to flooding.

It only leases them from September to December so they are unavailable for the spring term, when football is played, and in the summer.

Last year, the school consulted residents about its original choice and was sent a letter on behalf of more than 20 people living in Memorial Avenue and Orchard Close outlining their concerns.

Headmaster Gregg Davies said: “The reason we’re not looking at Memorial Avenue is we have listened to the community.

“The [alternative] area is quite close to the woodland, the ground is flat and it’s away from any housing, apart from Shiplake Farm.

“That’s where we’re looking at the moment but we’re still working with someone who looks at how you change a field into five or six rugby pitches. We’re one of the biggest employers so we’re very much at the heart of the community. We wouldn’t do anything which would cause difficulty or harm but at the same time we need more pitches.

“We have grown from 280 pupils to about 490. We’re where we want to be in the size of the school and now we want to look at how we can best serve the pupils.”

Mr Davies said he understood Mr Doble’s reservations and was working with him to see how the school could ameliorate his concerns.

He said: “He can see that we need the pitches but as someone who tenant farms that area he wants it to remain as it is — he doesn’t want any of it to change.

“We definitely don’t want to put something in without having talked with Stephen thoroughly.” Mr Doble said: “My family has farmed in Shiplake for more than a century and for four generations we have striven to preserve the rural nature of the surrounding countryside.

“We are responsible for a beautiful part of England and the way we look after it matters to a great many people in Shiplake and the surrounding area.

“I do not believe that Shiplake College has fully considered the impact that its proposal for 19 acres sports pitches would have on the landscape, the wildlife and its neighbours.

“In my opinion, levelling an ancient landscape, bulldozing thousands of tonnes of soil and destroying productive farmland for recreation is not a responsible way to manage the countryside, particularly when other options exist.

“We have worked hard in recent years, within a countryside stewardship scheme, to improve the farmland habit for our resident skylarks, lapwings and yellowhammers, all of which are on the RSPB’s red list of bird species most in need of protecting. Manicured sports turf will achieve none of this.

“As neighbours, my family has supported Shiplake College since it first opened and wish it every success in the future.

“However, we need to work towards a less destructive solution.”