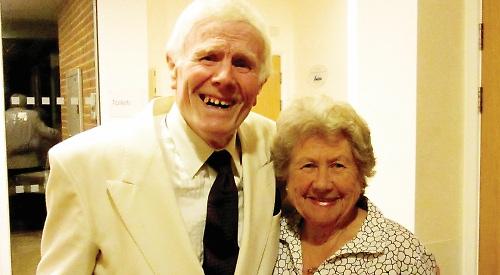 THE family of an elderly man who died after falling into the River Thames in Shiplake have paid tribute to everyone who helped in the search for him.

The body of Frederick Lawson, of Mill Lane, was found on Friday morning.

The 82-year-old had been reported missing on April 4 when the river was higher and flowing faster than usual due to heavy rain in the days beforehand.

In a letter in this week’s Henley Standard, Mr Lawson’s family thank everyone who has supported them in recent weeks.

These included the helicopter and specialist diving teams, the ambulance service and the fire service.

“There will never be sufficient words to express the gratitude our family feels towards the emergency services for all that they did in the search and eventual recovery of Frederick,” say the family.

“To the Thames Valley Police officers who sat with us on that first day — so gently supporting us as our worst nightmare unfolded and who maintained the highest levels of professionalism and courtesy throughout.

“To Dc Matt Hammersley and his colleagues for their respect and sensitivities during difficult, daily updates.

“Our particular thanks must go to Jon and Paul the police search advisors who walked and talked us through every stage.

“Under the guidance of Pc Jon Shaw, the Oxfordshire Lowland Search and Rescue, highly committed volunteers, worked tirelessly and often in the most difficult conditions and in their own time to search over two weeks to find dad and bring him home to us — there are simply not enough words.

“The dignity and respect shown to Frederick throughout, will never be forgotten.”

Firefighters searched the river in a boat while police officers walked the towpath and other paths in the area. A police helicopter flew between Shiplake Lock and Marsh Lock to assist the search.

Staff from the Environment Agency, which is responsible for the river, also helped, as well as specialist divers who searched the Thames.

The family also thanked the agency, Tesco, Hobbs of Henley and Bushnell Marine Services in Wargrave as well as the lock-keepers at Marsh and Shiplake locks.

Mr Lawson, who was married to Beryl for more than 60 years, will be laid to rest at St Peter and St Paul’s Church in Shiplake at 1pm next Friday.

There will be a collection for Oxfordshire Lowland Search and Rescue.