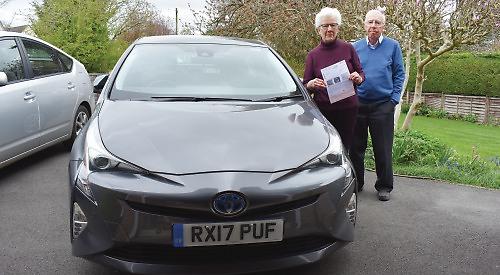 A WOMAN was fined three times after parking at a Henley care home to visit a friend.

Suzanne Gilbert, of Baskerville Lane, Shiplake, was issued with a £60 notice after going to Chilterns Court care centre, off York Road.

She visits weekly to give communion to a resident at the 64-bed home, which was built as part of the Townlands Memorial Hospital redevelopment.

It has 22 parking spaces which are managed through a “white list” for staff and a touch pad at its reception for visitors.

The company also enforces parking at the neighbouring hospital but NHS bosses have been urged to cancel its contract after dozens of patients claimed they had been issued with fines despite following the rules.

The company has already lost its contract at the neighbouring GP surgeries following similar complaints about unfair fines. Mrs Gilbert, who is retired and lives with her husband Denis, says she always signs in her car at a keypad at the reception as required yet she received fines in September, November and March.

Her husband said the tickets had all been reported to reception staff at the care home, who said they had “a pile” of similar complaints.

Mr Gilbert said: “We took them back to reception where they said they would put them with all the others. In each case we had put our registration number in.”

He said the system at the care home was not good enough.

“It’s a daft idea when you think about it,” he said. “Patients need a system but it’s in their interests to have a system that works.”

Mrs Gilbert said she thinks other visitors to the care home may be confused as to where to park as there are several spaces in an area between the hospital and home.

She said the registration system also asks visitors to press an additional “OK” button after confirming their number plate, which some people might miss.

Mrs Gilbert said: “A lot of people going in are in their seventies and eighties and most of them are not used to computers. You have no evidence that you signed in. It’s the hassle, people don’t want all that trouble.”

A spokesman for the Orders of St John Care Trust, which owns the care home, said: “We have spoken with individuals who have been issued an infringement notice when visiting Chilterns Court and are discussing these with Smart Parking to find an appropriate solution.”