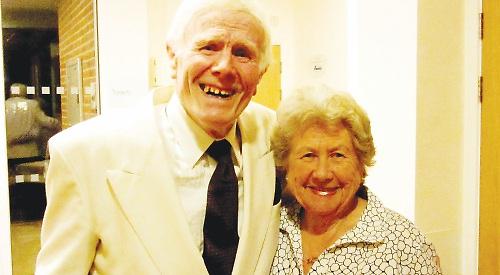 A MAN had a cardiac episode before falling into the River Thames while checking on his boat moored at his home, an inquest heard.

Frederick Lawson, 82, went missing from his home in Mill Lane, Shiplake, at about 8.45am on April 4.

His body was retrieved from the river 16 days later.

Mr Lawson, a retired university lecturer, had been about to have breakfast with his wife Beryl when he went outside to see the boat. He had been worried because the river was higher and running faster than normal.

In a statement read out at Oxford Coroner’s Court on Wednesday, his widow said: “I went down to the bottom of the garden to tell him breakfast was ready.

“When I got there he was nowhere to be seen. I saw the fastenings were still in place and the boat was in the same place as I had seen it the night before.”

Mrs Lawson asked a neighbour if they had seen her husband but they had not so she called the police.

A search began later that morning involving the police, the fire service and the Oxfordshire Lowland Search and Rescue.

Mr Lawson’s body was found in the river at the end of Mill Lane on April 20 by a man working at Thameside Marina in Wargrave.

In the days before his death he had complained to his wife that he was feeling more tired than usual.

The coroner Darren Salter said: “The lungs did contain fluid but it is not possible to ascertain if this was due to drowning or the cardiac event.

Mrs Lawson, who was married to her husband for 59 years, said: “In the last couple of weeks he was complaining about feeling tired. It was unusual as he was usually very energetic.”

She said she thought it was unlikely her husband had fallen in the river by accident. They had lived by the river for more than 35 years and he had always taken great care.

Mrs Lawson said: “He was very respectful of the river and knew the dangers of it having seen it flood on many occasions.

“He was fit and healthy for his age. He loved life, was always looking forward and we were in the process of planning our 60th wedding anniversary.”

Mr Salter recorded a verdict of accidental death with contribution from drowning.

“It was an accident where he fell into the river as a result of what appears to have been a medical episode.”

His daughter Jane Lawson-Mudge said:  were “For me, nobody knows. It’s inconclusive. There is no chance my dad took a risk as he was so sceptical of the water.

“You hear drowning and it seems far more traumatic. My logic from what I have read in the report was he was very significantly tired and he was very unlike dad in the days before.”

Mrs Lawson-Mudge thanked the emergency services and OXSAR for their support during the search and praised the community for rallying round the family.