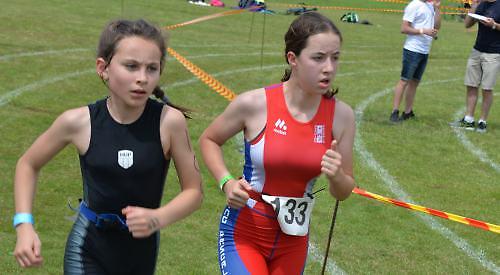 About 180 children aged eight to 16 participated in the second annual event, which involved a swim in the River Thames, a cycle race through the school playing fields and a run around a track.

The event was organised by Tri-Henley junior triathlon club, which trains at the school, and involved children from triathlon clubs around the country.

Later Henley town councillor Laurence Plant, who runs Athlete Service in Henley, presented trophies to the top three children in each of the five age groups.

Organiser Joanne Humphrey, who chairs Tri-Henley, said: “It was really good. I was proud of all the children.

“Open water swimming is hard work and some of the children had never done it before. Cycling on grass isn’t easy either. To be able to do all that and still run at the end — it’s a real achievement.”