I want to use my cerebral palsy experience to help others 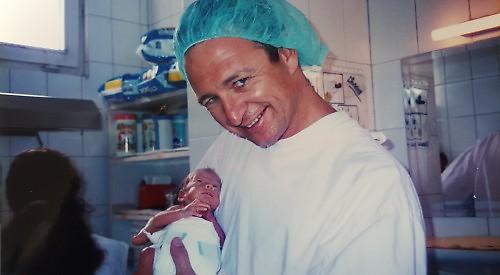 A YOUNG woman with cerebral palsy hopes to help others by sharing her experiences of growing up with the condition.

Yasmin Denehy was born eight weeks premature and was in an incubator for six weeks. She was so small that her father could hold her in one hand.

Growing up in New Road, Shiplake, she faced many challenges, including wearing braces on her legs during her time at Rupert House School in Henley and people being rude to her as they didn’t undersand what was wrong with her.

Now 24, Yasmin has just started writing a blog and has received heartwarming messages from friends and family as well as people as far away as Pakistan.

Cerebral palsy is a group of lifelong conditions that affect movement and co-ordination and is typically caused by damage to the brain before or during birth.

Yasmin was born in Istanbul, where her parents, Micky and Vicky, lived and her father was working for a marketing and advertising company.

Her brother Sam followed a year later before the family moved to Shiplake.

She said her parents and her school were determined not to let her cerebral palsy have a negative impact on her life.

Yasmin said: “There were frustrations and tantrums when I was at primary school. I wanted to do what everyone else was doing and I couldn’t understand why I couldn’t. I was frustrated that I couldn’t run as fast on sports day, or I would fall over while taking part.

“But then I realised that everyone is different in some way.”

She can remember taking part in one sports day race and being given a head start.

“That was really special to me because it helped me to feel included,” she said.

“Rupert House had a similar mindset to my parents and they didn’t want to let my condition stop me. The school was really good at helping me to overcome challenges.”

After Rupert House, she went to Queen Anne’s School in Caversham and then had a gap year during which she travelled in the Far East.

She said: “Not many of my school friends were taking time out but I went to Cambodia and did some volunteering by helping children and doing building work.

“I met a friend and we travelled through Vietnam together. It was amazing and northern Vietnam was particularly stunning.

“I then travelled on my own to Laos and Thailand. I was initially very nervous about travelling on my own but I am so glad that I just went for it. It really helped me.” When she returned, she and Sam studied geography at Bristol Unversity, which was where their parents had met years before.

After university, Yasmin completed a three-month cooking course, which helped her to develop her passion for food.

About 18 months ago, she secured a job in London as a supply chain analyst for Bear Nibbles, which produces healthy fruit and vegetable snacks for children.

For the first year she commuted from home by train but found it hard so she relocated to London.

Yasmin said: “I have had confrontations with individuals when they don’t really engage or understand why I am the way I am. They can be rude sometimes but it is not worth worrying about what they say.

“When I was younger, I think it would have got to me more but now I just take it on the chin.”

With her positive attitude, Yasmin decided to document key moments in her life to offer comfort to others with the condition who may be struggling.

In one of her first blog posts, she shared her experience of a recent skiing holiday with her family. She explained: “I definitely find skiing the most tiring of all exercise that I do in terms of working my muscles. This is because wearing the ski boots is like wearing my splints at all hours of the day.

“I wore splints every day when I was younger. The purpose of this was that as my muscles were growing my feet would be fixed at right angles to make sure I put my heel down first and prevent me walking on my toes.”

During a family holiday to Malaysia, she was told she would not be allowed to take part in a trek due to her condition.

She and her family promptly told the organisers that she would be fine and she finished the trek without any problems.

Yasmin said: “I know what my capabilities are. I am used to people looking at me and asking why I walk differently but when people think they know you better than you know yourself it is frustrating.

“I don’t mind it when people ask about my condition if they genuinely want to know more but sometimes they don’t listen properly or respond in the right way.”

Yasmin also writes humourosly about what it is like to visit the gym and describes herself as an “elephant on a treadmill” due to the noise she makes when running. She has to do exercises every day to help her. She said: “When I was younger, it was a lot more intensive, with regular physiotherapy and injections.

“I am always aware of what I am doing because I am more likely to fall over. My balance is not normal and my general walking is slow. My toes point inwards so my knees bang against each other.”

Yasmin has received positive feedback about her blog and hopes to reach a much wider audience.

She said: “I have wanted to do it for a long time. I thought it would be a nice thing to raise awareness for others — a lot of people don’t even know what cerebral palsy is.

“If it can help someone else then that is the whole reason for doing it. The nice feedback has made me want to keep writing.

“I never thought of myself as a writer but knowing that I can help people makes me enjoy it.”

Yasmin added: “I have never let my condition stop me from doing anything. It doesn’t feel strange to me anymore. It is all I have ever known — it is just a part of me and it is who I am.”

To read her blog, visit
yasmindenehy.home.blog