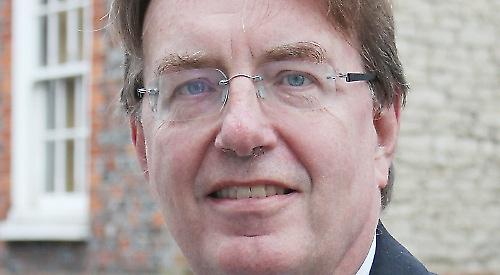 A PETITION calling for residents of Shiplake to have a bigger say on a housing development which they fear will worsen flooding has been presented to Parliament by John Howell.

The Henley MP spoke in the House of Commons on Tuesday and the Government will now have to give a formal response.

The petition, which has been signed online by 1,065 people — more than half the population of Shiplake — calls on South Oxfordshire District Council to formally consult on Taylor Wimpey’s drainage proposals for Regency Place, off Reading Road.

The developer already has planning permission to build 95 homes on the former Thames Farm site.

Mr Howell urged the Ministry of Housing, Communities and Local Government, to request the district council asks Taylor Wimpey to submit a new application because the change in the drainage solution is such a major departure from the original scheme.

The developer can no longer follow its original plan to drain surface water into the ground because the site is prone to developing sink holes. Instead it wants to channel the water along a new pipe running under the village and out into Lash Brook, a backwater of the River Thames off Mill Road.

Residents fear this could exacerbate a flooding problem which has led to homes being evacuated, most recently in 2013 and 2014.

The council was going to assess the new drainage plan as a “reserved matter” under the existing permission, with no statutory consultation, but requested a full flood risk assessment after residents objected.

However, petition organiser Peter Boros, of Reading Road, argues that the drainage plan is so different that a fresh application should be required, which would give the community at least 28 days to comment.

The district council says it doesn’t usually allow comment on “reserved matters” but has made an exception and published all the objections.

Taylor Wimpey has said it will submit the flood assessment soon but is confident there is no flood risk.

Mr Howell said the petition raised “considerable concern” about the increased impact of flooding in Shiplake as a result of the development.

Residents say filling in sink holes and injecting them with a grout-like substance to reinforce them would make the chalk less porous, increasing the flood risk,

Mr Howell told the Henley Standard: “The big question is to what extent does this depart from the original application and I think it is a significant departure.

“Therefore I think what Peter Boros and others are trying to call for is not unreasonable and there should at least be significant public consultation on it.

“The main purpose of presenting the petition in this way is to make sure they get a proper response from the Government. What it specifically asks is for the Government to put pressure on the district council to take action, which it seems to be hesitant in doing.

“I was very pleased to bring this petition to the Commons. I am looking for a response from Government.”

Taylor Wimpey says its scheme, which it developed in partnership with Thames Water, wouldn’t increase the flood risk.

Westbourne Homes, which wants to build 20 homes on the field immediately to the south of the site, has suggested its development could use the same system.

Henley Town Council is still opposed to the plans.

It was asked to give a fresh view on the proposal by Westbourne Homes after it submitted more detailed information to the district council.

Councillors maintain the development shouldn't be allowed as it isn't in the village centre or allocated for homes in a neighbourhood plan.

It says it would have a detrimental impact on the area’s character irrespective of the larger development next door.

The Environment Agency says the issue doesn’t fall within its remit.